As we know that COVID-19 has hit all the countries across the globe. COVID-19 is the greatest global humanitarian challenge the world has faced since World War II. Along with an unprecedented human toll, COVID-19 has triggered a deep economic crisis. In India, up to 53% of businesses have specified a certain amount of impact of shutdowns caused due to COVID-19 on operations, as per a FICCI survey in March.  More than 45% of households across the nation reported an income drop as compared to the previous year.

The pandemic has created a big problem for the organizations as they are not getting enough business. As consequence some people are facing a huge pay cut, some are facing even job loss as well. It is really hard to say that how long and how much COVID-19 would impact or change the life of many people.  As we know India is facing a recession and many people have lost their job or received a huge pay cut, so we could say that in these tough times compensation is a big issue.

This study tries to answer the below problem statements:

The study was carried out based on the primary data collected from a set of respondents through an online survey form. In order to collect samples for the study a questionnaire was created (Annexure -1) and shared with the working people over email/social media and data was gathered from the response of the respondents. A total of 140 responses were gathered for the analysis. We also referenced some of the secondary data which were available through some other research papers which are already available on the related subjects.

The scope of the study has been limited to finding the impact of the COVID-19 on the salaried class in India only. The study is conducted based on the response of a questionnaire and doing a percentage analysis of the response.

We conducted the survey and the data received speaks following: 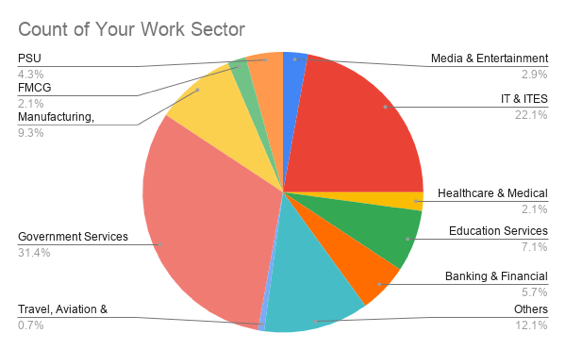 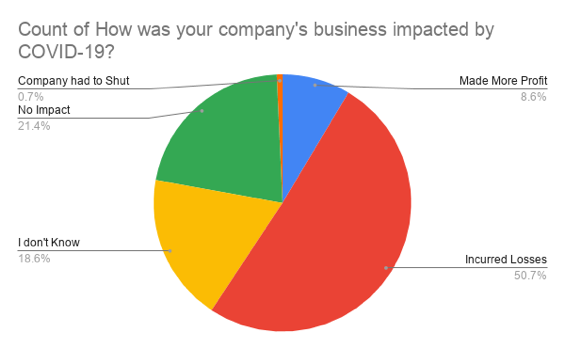 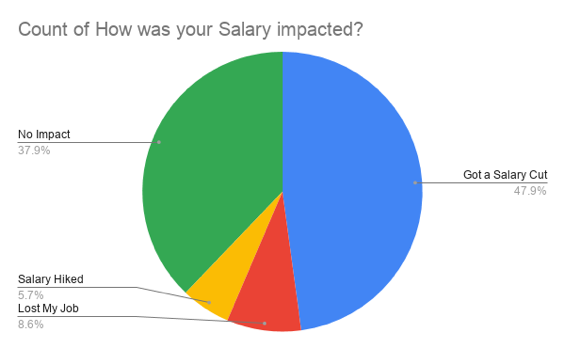 3.3 Analysis of respondents with Pay-Cut 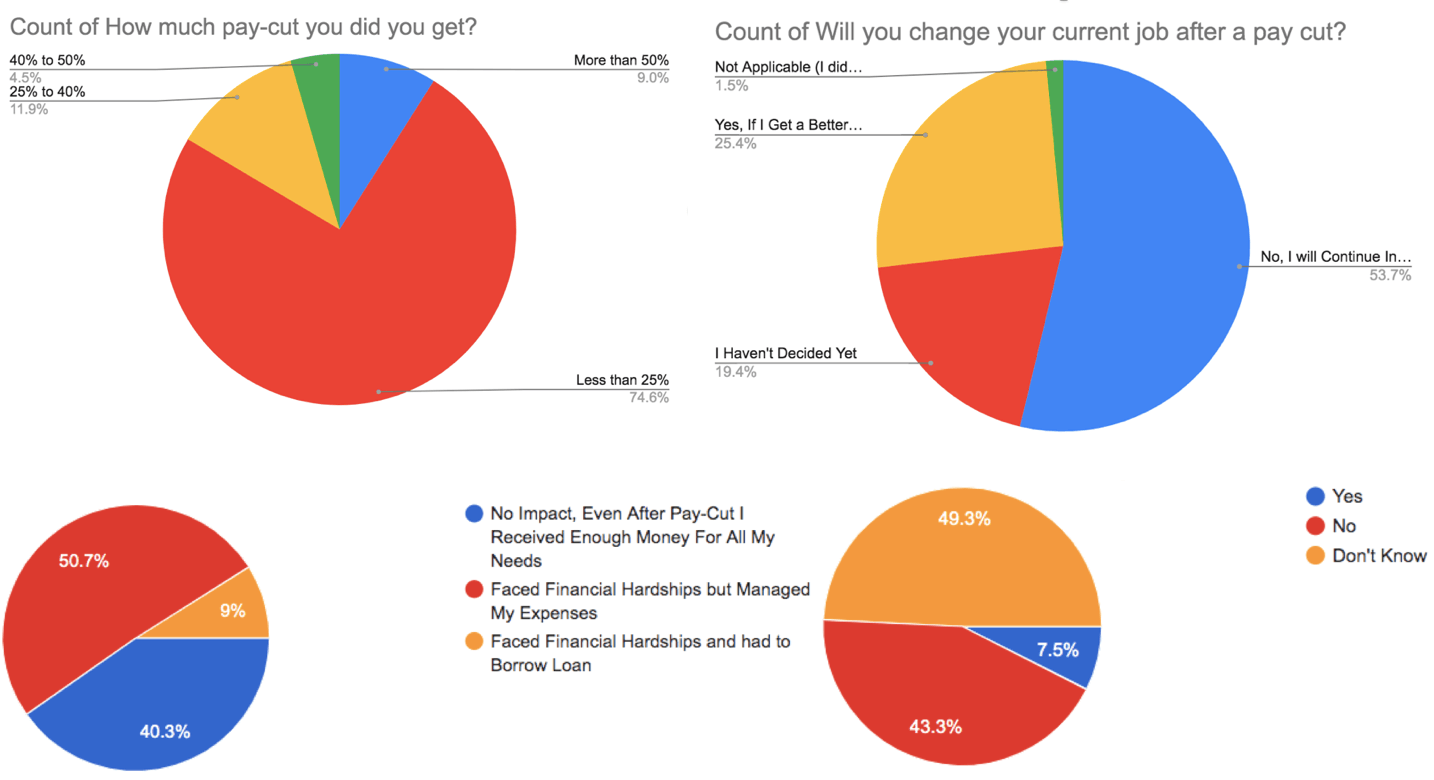 3.4 Analysis of respondents with Job Loss

Above charts and given details clearly demonstrates the findings of this survey. Although we floated our survey form mostly among the government/PSU employees who are considered to be immune from economic slowdowns as they get backings of the government but this is one of its kind pandemics in the century which has affected them as well. The results of this study can be summarized as below:

Based on our survey and careful analysis of the responses we can conclude the following: